Fueled by renewed worries over the hawkish impulse of global central banks, investors returned to a selling mood across most asset classes as the summer wound down. Unfortunately, positive news on the employment, corporate earnings and inflation fronts was not enough to sustain the 'almost everything' rally through August. 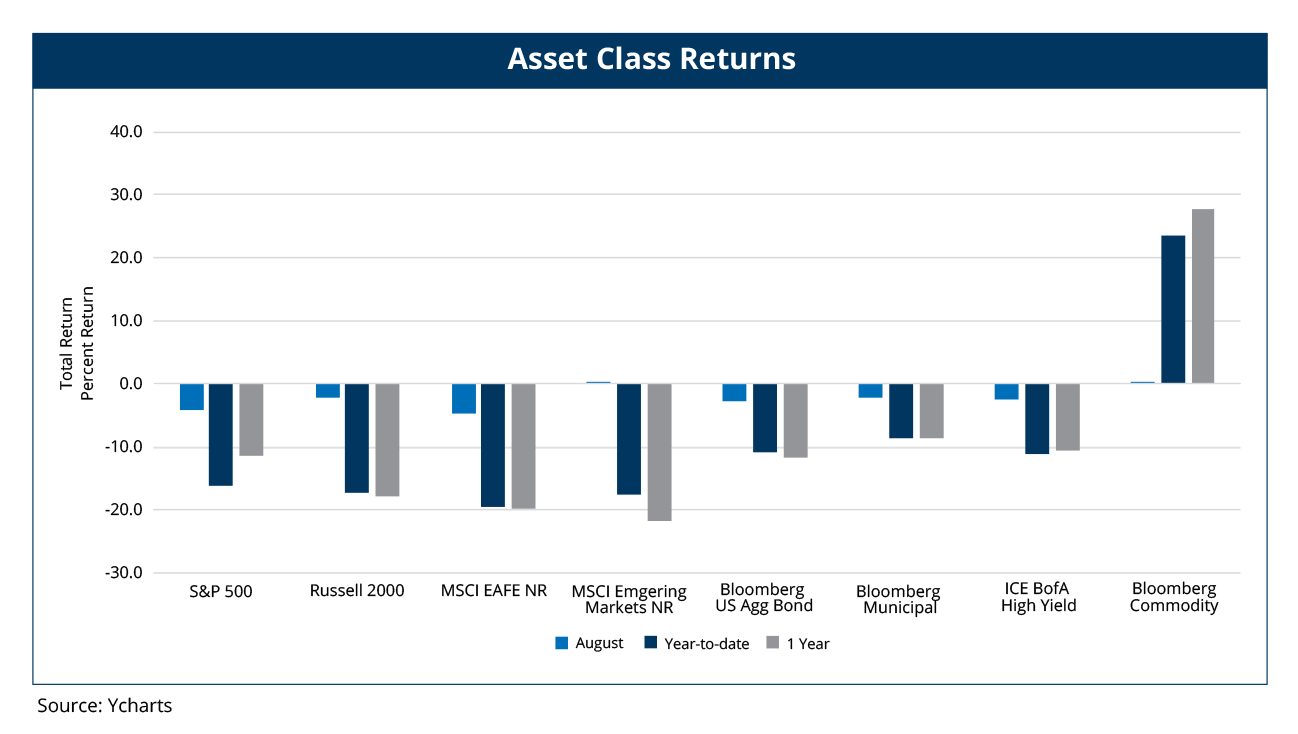 Following hints of the potential for a dovish pivot by the Fed next year and signs of peak inflation pressure, stocks and bonds rallied with force from mid-June lows. Sensing a possible misinterpretation of the central bank's intention, Fedspeak in August had a clear agenda to manage the market's potentially misaligned expectations for the future monetary policy path. Punctuated by Chair Powell's Jackson Hole speech on August 26, a cadre of central bankers went on the speaking circuit during the month, focusing attention on the Fed's resolve to stamp out inflation at all costs.

In a watershed speech ten years ago, then-European Central Bank President Mario Draghi proclaimed the ECB was committed to doing "whatever it takes" to save Europe form the economic growth ramifications of the continent's sovereign debt crisis. The turnaround in sentiment those three simple words sparked was a clear indication of the power of forward guidance of monetary policy. More recently, the same tone was conveyed by the Fed and other central banks at the onset of the pandemic with similar success. A firm commitment to use all of its available tools to support growth amid an exogenous economic shock pulled financial markets out of a deep downward spiral. Past success notwithstanding, the directive of central banks is not one-sided. Indeed, the explicit duel mandate of the Fed is to promote maximum employment and price stability. Dovish monetary policy intended to stimulate growth (to achieve full employment) is an affordable luxury amid a deflationary backdrop. However, policy objectives change quickly when significant inflation pressure is present. For the first time since the Volker era, no-holds-barred tactics are being used to restore price stability. In other words, a "whatever it takes" approach is now required to tame inflation, or at least that is what Powell suggested when he acknowledged that future rate hikes "will also bring some pain to households and businesses," adding, "These are the unfortunate costs of reducing inflation. But a failure to restore price stability would mean far greater pain."

The role of central banks in modulating economic cycles is no easy task in the best of times. Today, policy makers are tasked with slaying a beast that is partly of their own creation. Overdosing on liquidity, combined with pandemic-related supply-and-demand distortions, has made the economic outlook unusually cloudy. Forecasting exactly how much and how quickly inflation pressure will dissipate naturally through post-pandemic economic normalization makes the delicate balancing act of tightening monetary policy all the more challenging.

Thankfully, US inflation data brought some encouraging news in August. Helped by falling energy prices, headline CPI for July beat expectations and recorded the lowest month-over-month reading since May 2020. Core CPI, excluding food and energy, also beat expectations and showed improvement from June. While one month does not make a trend, some key indicators are suggesting there may be light at the end of the tunnel. Supply chain stress appears to be easing, as evidenced by a significant decline in shipping costs. 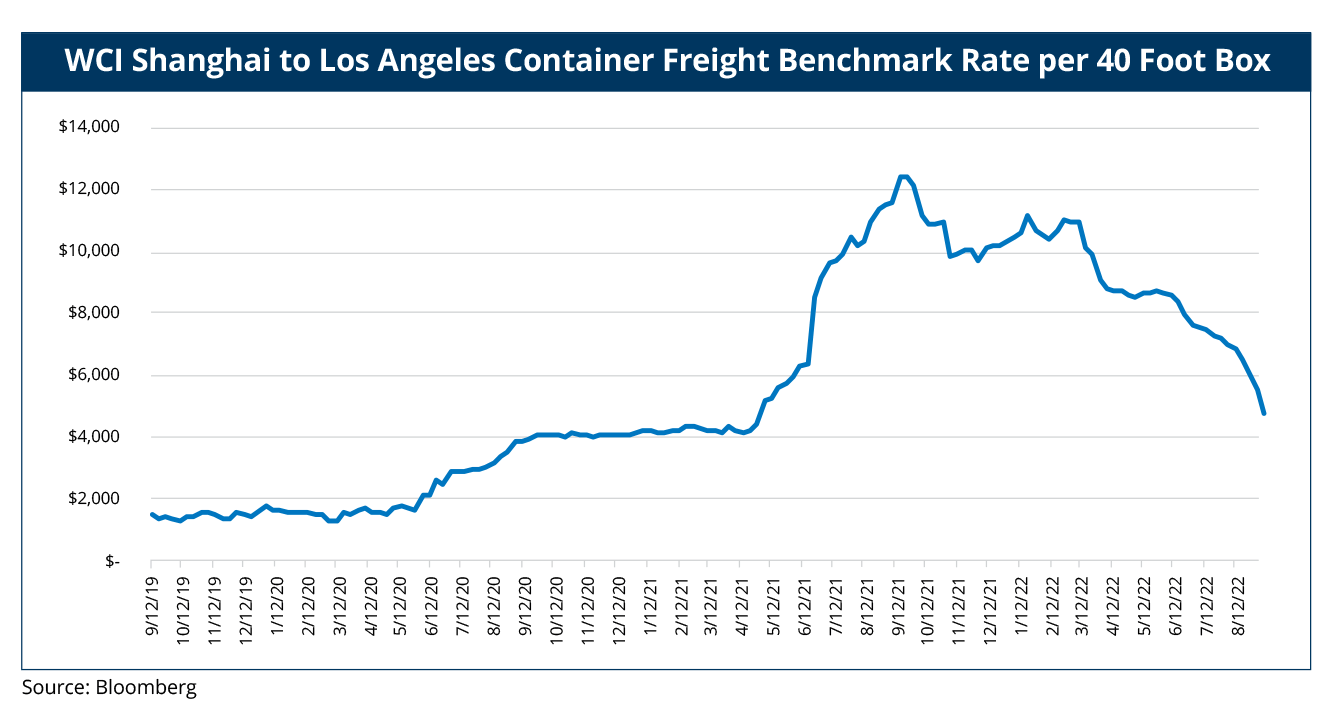 The US is not alone in its battle to tame inflation. Global central banks are largely facing the same dilemma, but individual circumstances and policy responses vary considerably. Driven by Russia's invasion of Ukraine, Europe's skyrocketing energy prices are adding another degree of difficulty to an inherently tricky problem. While the energy crisis appears contained to the region for now, there is no telling how the potential ripple effects might impact an increasingly interconnected global economy. Divergent monetary policy paths have already propelled a 13% surge in the value of the US dollar versus a basket of foreign currencies over the past year as measured by the Bloomberg Dollar Spot Index. Such a significant move in the global reserve currency will exacerbate inflation pressure outside of the US and potentially lead to a currency crisis in emerging market countries.

Looking ahead, investors and policy makers alike will be closely watching for more evidence inflation has indeed peaked. Beyond monitoring more direct inflation measures like CPI and PCE that are more backward looking, special attention will be paid to more forward-looking barometers of demand. To be sure, the Fed is keen to extinguish the inflation flames without leaving smoldering embers that could lead to a resurgence down the road the way it did during the 1970s. Inducing weakness in the redhot labor market, ultimately translating to wage pressure relief, will be an unfortunate yet necessary objective knockout punch in the eyes of policy makers. 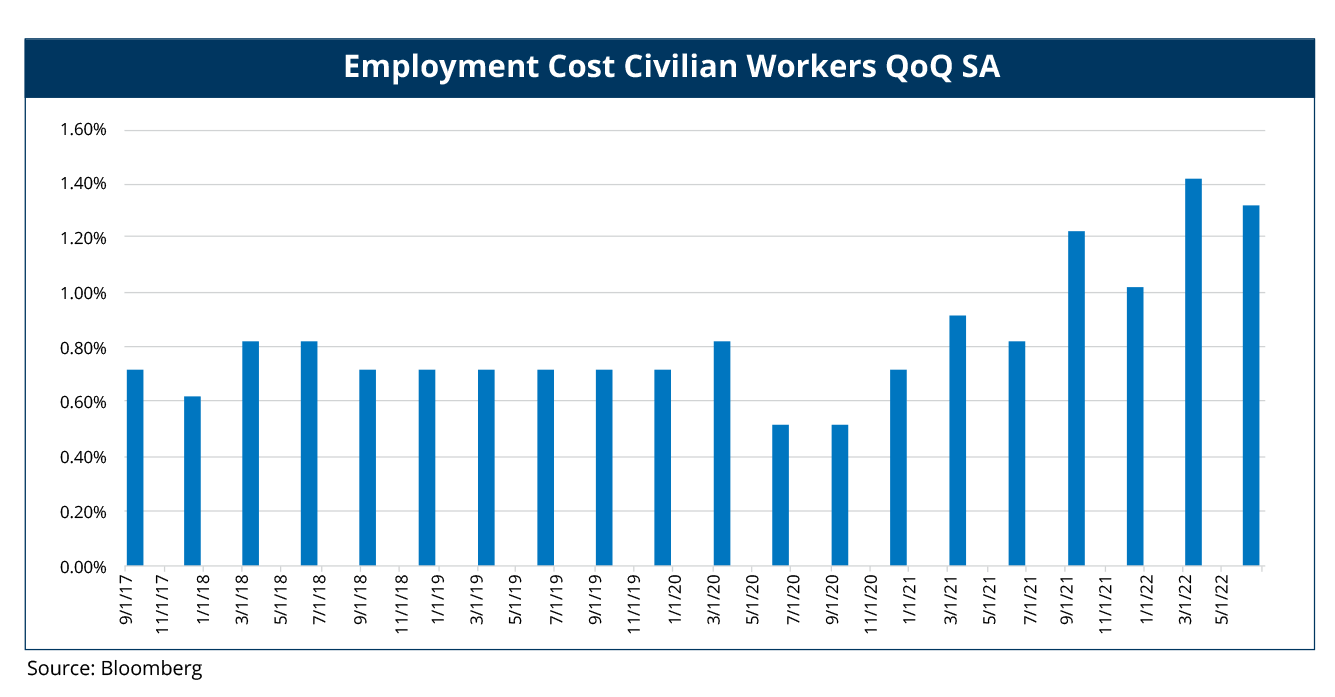 Financial markets are likely to remain in a state of heighted volatility until a clear end to the rate hiking cycle is in sight and a full assessment of the collateral damage it causes can be assessed. Not surprisingly, the fully invested status of our strategies proved short-lived once again this year. With both equity and bond markets in retreat during the month, our strategies stayed true to their disciplines, progressively exited fund positions and correspondingly increased allocations to cash as sell signals emerged. Only time will tell if this broad selloff will also be short-lived or perpetuate to become a resumption of the longer-term downtrends. In either case, our process is designed to respond to the hand financial markets are dealing.

James St. Aubin, CFA®, CAIA®, is Chief Investment Officer for Sierra Mutual Funds and Ocean Park Asset Management. He has oversight as to all activities of the Investment Management department, in collaboration with Sierra co-founders David Wright and Kenneth Sleeper. An accomplished investment management executive, his career of more than 20 years includes leadership roles in asset allocation, manager research and portfolio construction. James earned a Bachelor of Science in Finance from DePaul University and is a CFA® and CAIA® Charterholder.